Forbidden to talk like the wind swept foliage that surrounds her, the temptress of the shadows spends her only waking hour listening for lone footsteps, waiting for the opportunity to strike.

If you ever think you can hear a moaning on the breeze whilst walking alone in the woods … don’t ever look back. 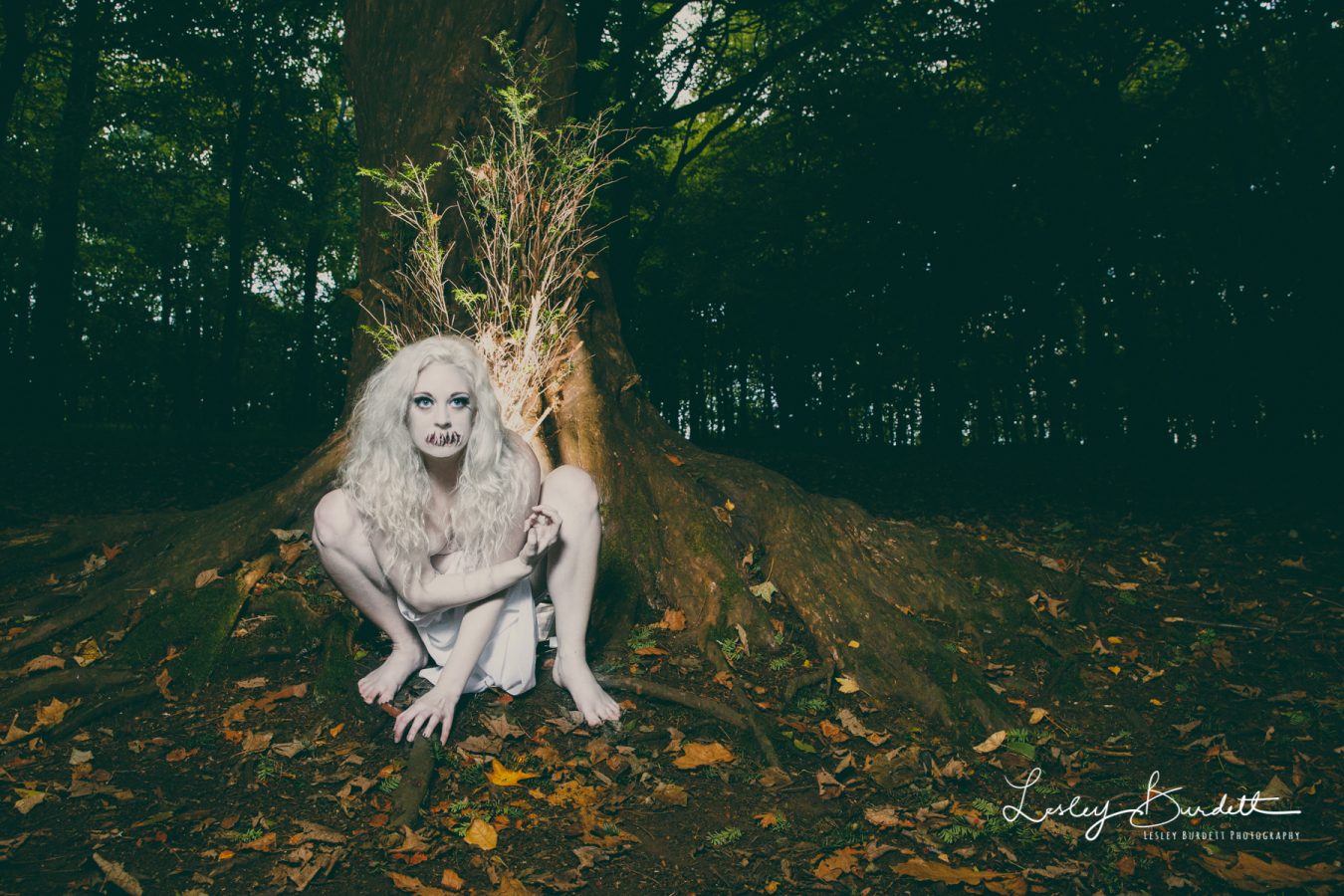 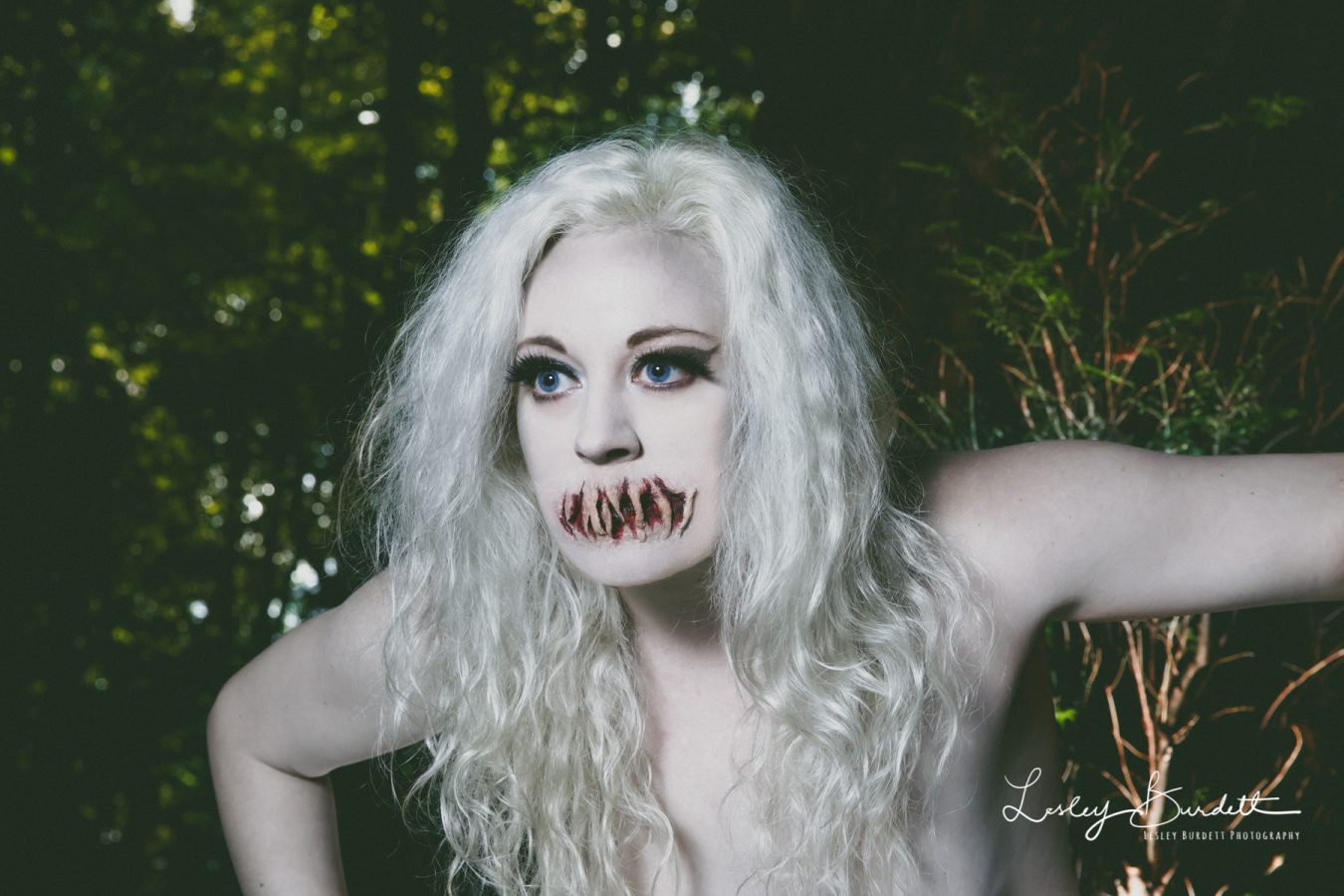 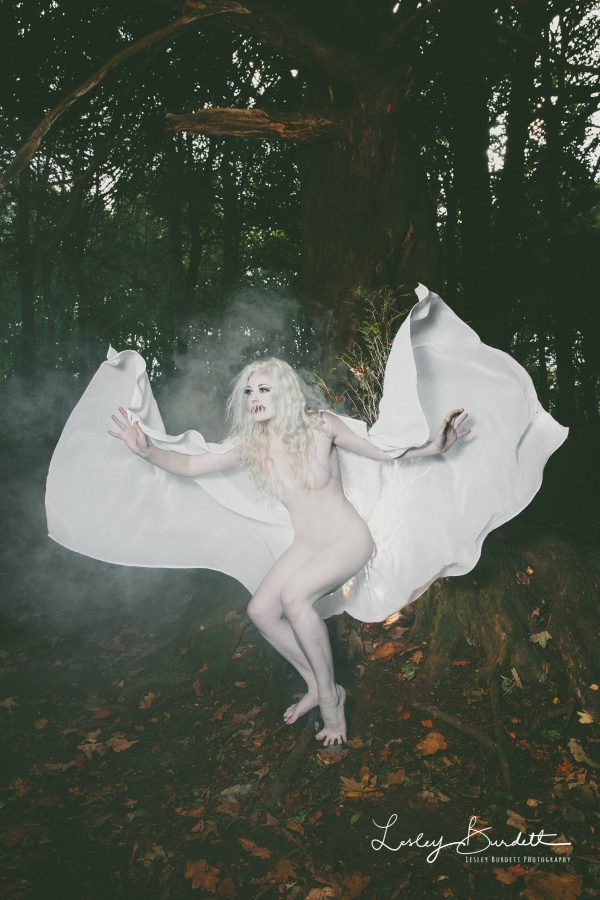 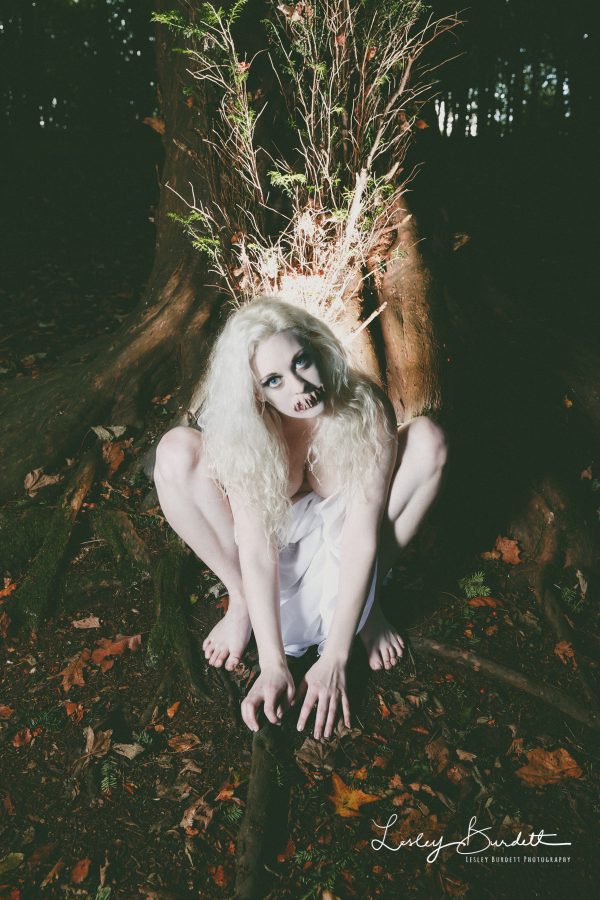 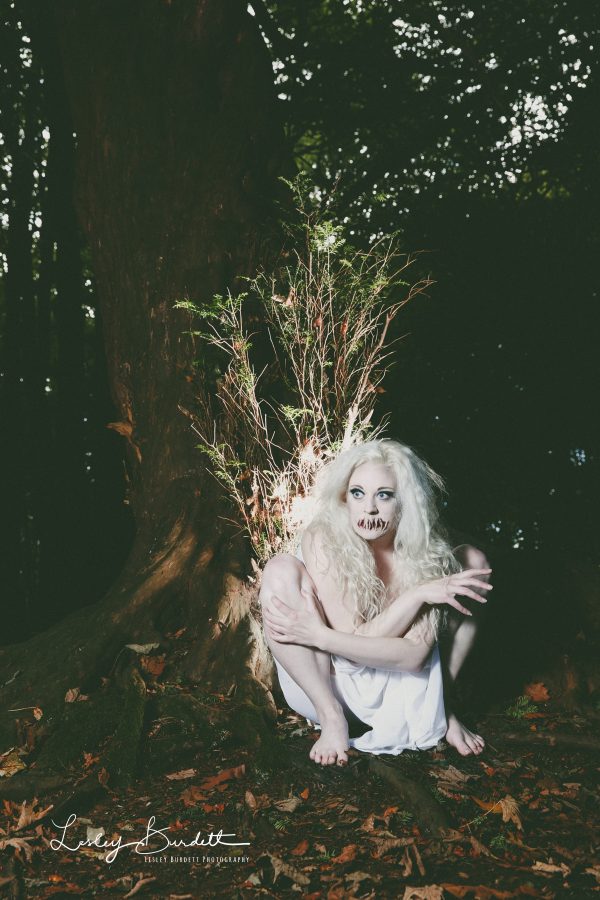 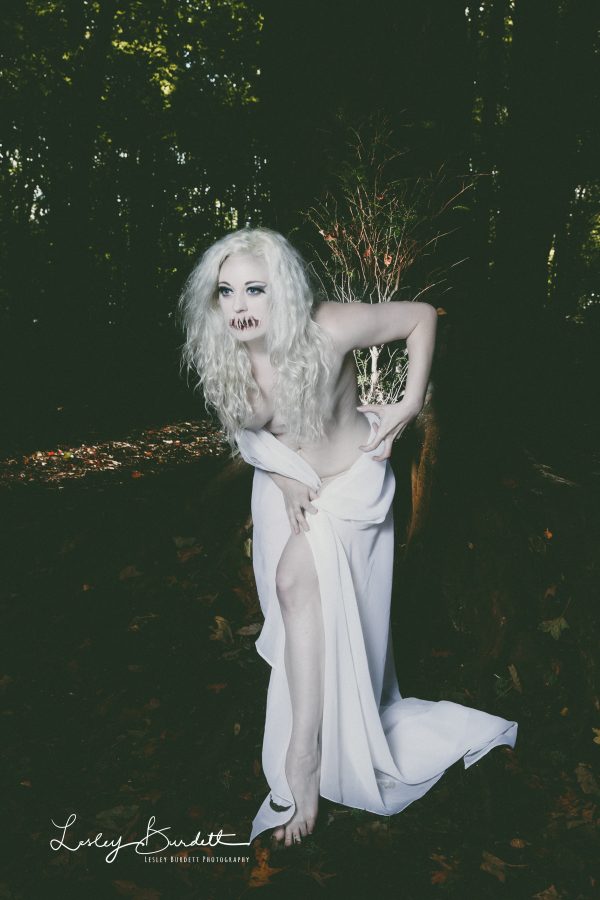 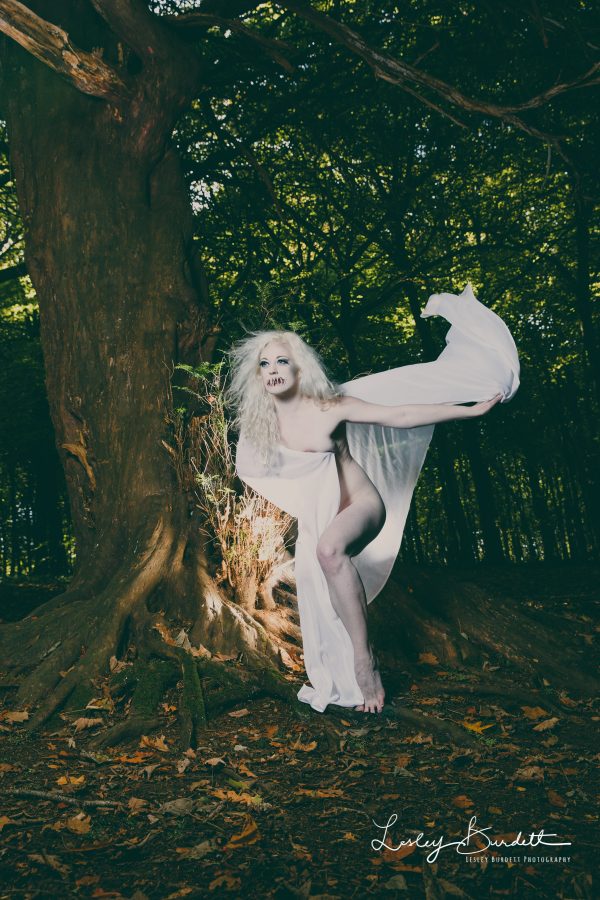 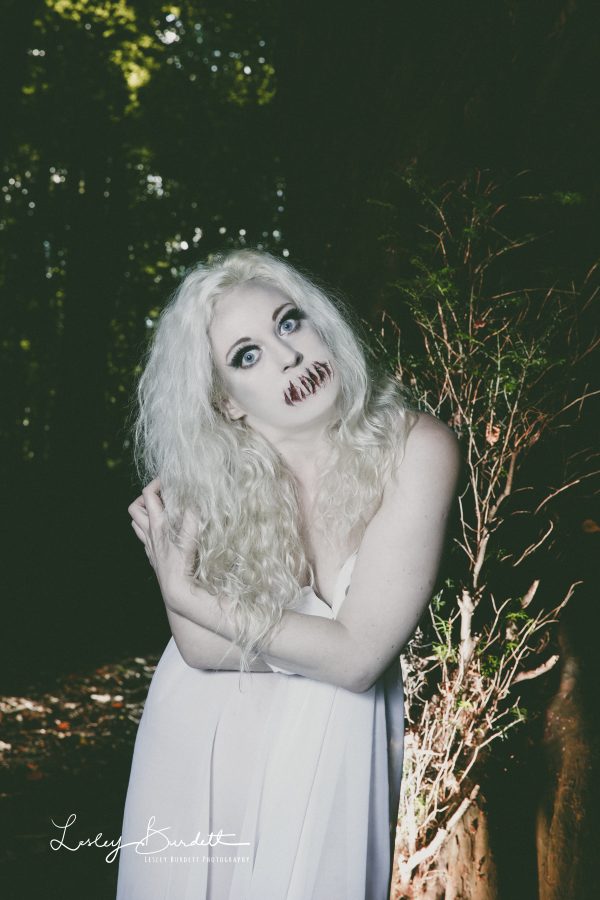 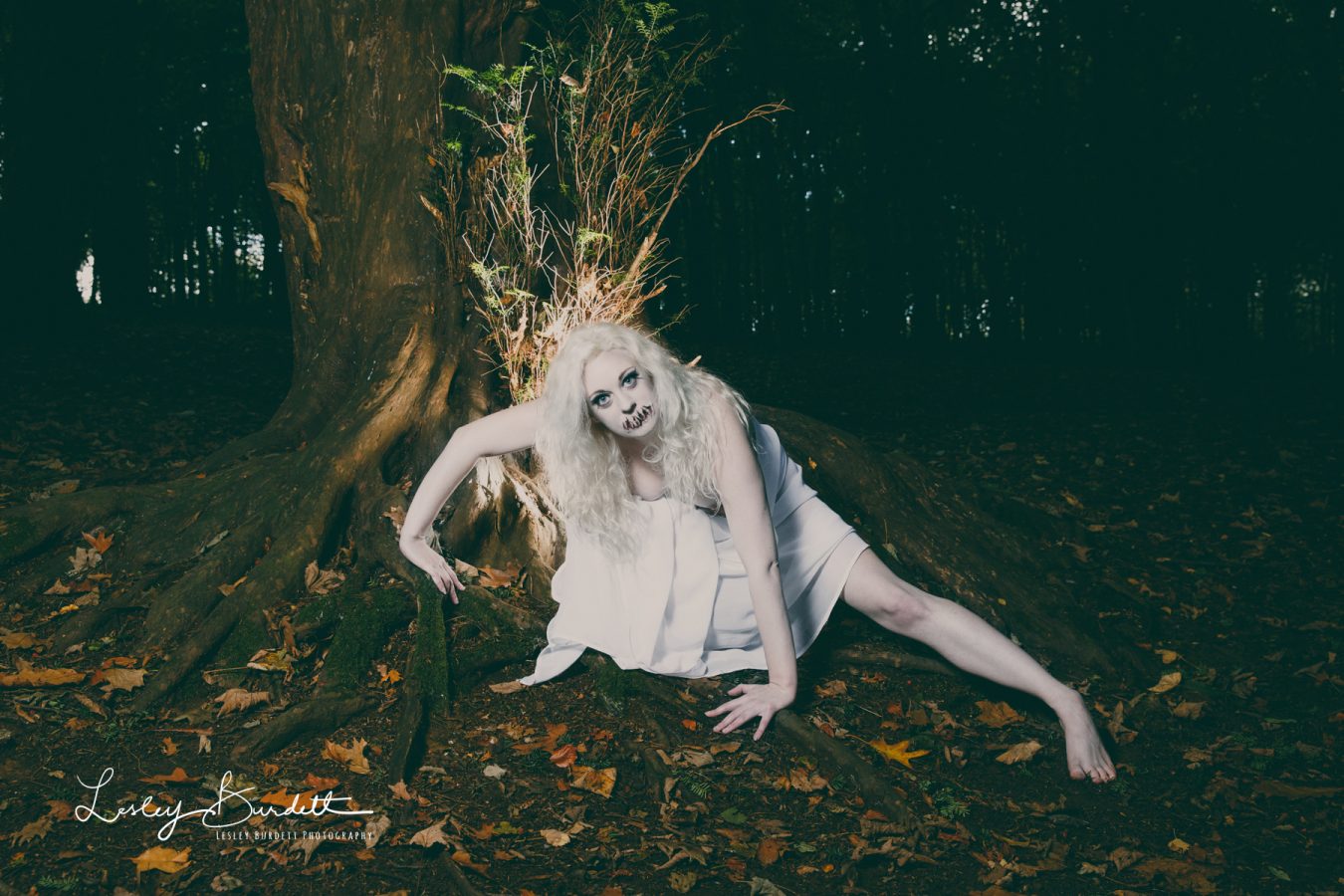 Samhain (pronounced /ˈsɑːwɪn/ SAH-win or /ˈsaʊ.ɪn/ SOW-in) was the first and most important of the four quarter days in the medieval Gaelic calendar and was celebrated on 31 October – 1 November in Ireland, Scotland and the Isle of Man. A kindred festival was held at the same time of year by the Brittonic Celts, called Calan Gaeaf in Wales, Kalan Gwav in Cornwall and Kalan Goañv in Brittany; a name meaning “first day of winter”. For the Celts, the day ended and began at sunset; thus the festival began on the evening before 1 November by modern reckoning. Samhain and Calan Gaeaf are mentioned in some of the earliest Irish and Welsh literature. The names have been used by historians to refer to Celtic Halloween customs up until the 19th century and are still the Gaelic and Welsh names for Halloween.

Samhain/Calan Gaeaf marked the end of the harvest season and beginning of winter or the ‘darker half’ of the year. Like Beltane/Calan Mai, it was seen as a liminal time, when the boundary between this world and the Otherworld thinned. This meant the Aos Sí (pronounced /iːˈʃiː/ ees-SHEE), the ‘spirits‘ or ‘fairies‘, could more easily come into our world and were particularly active. Most scholars see the Aos Sí as “degraded versions of ancient gods whose power remained active in the people’s minds even after they had been officially replaced by later religious beliefs”.

The Aos Sí were both respected and feared, with individuals often invoking the protection of God when approaching their dwellings. At Samhain, it was believed that the Aos Sí needed to be propitiated to ensure that the people and their livestock survived the winter. Offerings of food and drink, or portions of the crops, were left outside for the Aos Sí. The souls of the dead were also said to revisit their homes seeking hospitality. Places were set at the dinner table and by the fire to welcome them. The belief that the souls of the dead return home on one night of the year and must be appeased seems to have ancient origins and is found in many cultures throughout the world. In 19th century Ireland, “candles would be lit and prayers formally offered for the souls of the dead. After this the eating, drinking, and games would begin”.