My offer to capture some photos of baby Ella Rose who was born sleeping before she went to the funeral parlour, was unfortunately too late however, my friends Emma & Pete said they would like some photos of her funeral. This ‘Day in Your Life‘ story is an emotional one. 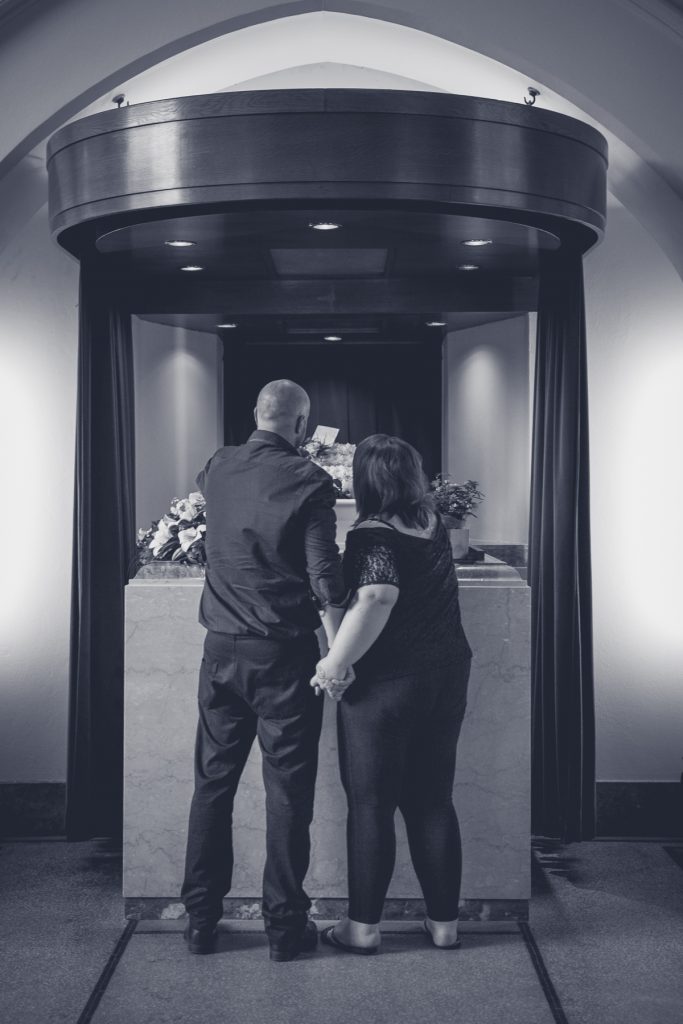 Devastated for my friends was an understatement. As a mum, giving birth after a long pregnancy should be the start of something magical, something planned and welcomed. Having to give birth to your first baby when you know she has already passed … I can’t even imagine the utter grief and braveness shown by Emma. Baby Ella’s gestation was perfectly normal until a day or so before she was due to be induced at 40 weeks. Her movements had slowed down and Emma’s concerns were justified. Here’s Emma’s story:

“Our Daughter Ella Rose was stillborn on 27th July 2015 and we want to share her story with you.

I remember the day so clearly that I found out I was pregnant with Ella, I had been recovering from a miscarriage 3 months prior and was due a smear. I hadn’t been feeling great headaches and some nausea but, I just put it down to being run down after the miscarriage. The doctor did a urine and sample and then came “Emma you are Pregnant” I was gobsmacked and so happy that I just started crying. I was so over the moon that after the loss of our first child at 10 weeks I was expecting again, I called my partner who was completely speechless.

I hit 40 weeks on the Wednesday and she had slowed her movement a little and at my 40-week appointment her heartbeat was a little slow but, we put it down to sleep time. I went from my midwife appointment to see my consultant who booked me in for induction on the Friday.

Friday came and we went to our induction appointment where I had to have a scan to check the position of her head as this is standard procedure with bigger girls. The sonographer was talking us through the scan and said her head was in the right position, she continued scanning and I was watching the screen. The scanning continued for what felt like forever and then I said “You can’t see her heartbeat can you?” I knew what I was looking for on the screen, that little white flutter but, it wasn’t there.

Those fateful words of “I am so sorry I can’t find her heartbeat” will remain with me for the rest of my life. I remember laying there wailing whilst two other people tried to find her and then the consultant tried and it was confirmed she had died. We were taken off to have a final scan where they found that there was very little fluid around her yet my waters had not appeared to have gone.

We were spoken to by the midwives who explained what would happen next which, was to take a pill to thin my cervix and go home and come back Sunday to be induced. I spent 36 hours in shock rubbing my bump crying and hoping that they were wrong.

We arrived at the hospital Sunday around lunch time where we were admitted to our own private room and the induction was started, by 2am I was in full labour and our little raven-haired beauty was finally born at 7.11am weighing just 5lbs9oz. It appeared that she had been in distress at some stage as she had done a poo and did have the cord around her neck however, we are unsure if that was the cause. We spent the whole of Monday afternoon admiring how beautiful she was, she had a full head of jet black hair, the cutest feet you have ever seen and this adorable button nose, she was perfect!

6 months on and I don’t think either of us are even nearly healed and I honestly don’t think we ever will be but, I do know that should I ever have another child that I will listen to my instincts and my body when its telling me something isn’t right.

My advice to any expectant mum always listen to your body and never feel or let anyone make you feel that you are being silly, it’s better to get things checked out than wait and hope everything is ok.”

Baby Ella’s funeral took place at Woodvale Crematorium, Brighton a week later. The obvious grief from family and friends outwardly flowing. Pete carried in Ella’s tiny coffin and Emma & Pete didn’t leave each other’s side throughout. I hid behind my camera, tears flowing. Everyone knew I was there taking photos on Emma and Pete’s request and at first I felt a bit awkward raising my camera at such a private gathering but knew Emma and Pete wanted me there to capture the photo they wanted for themselves. It was a beautiful service and many a voice cracked during hymns and readings.

Flowers were placed on Ella’s tiny coffin by family and friends and then it was Emma & Pete’s turn. How their legs actually worked, having to say goodbye to their precious daughter, still amazes me to this day. 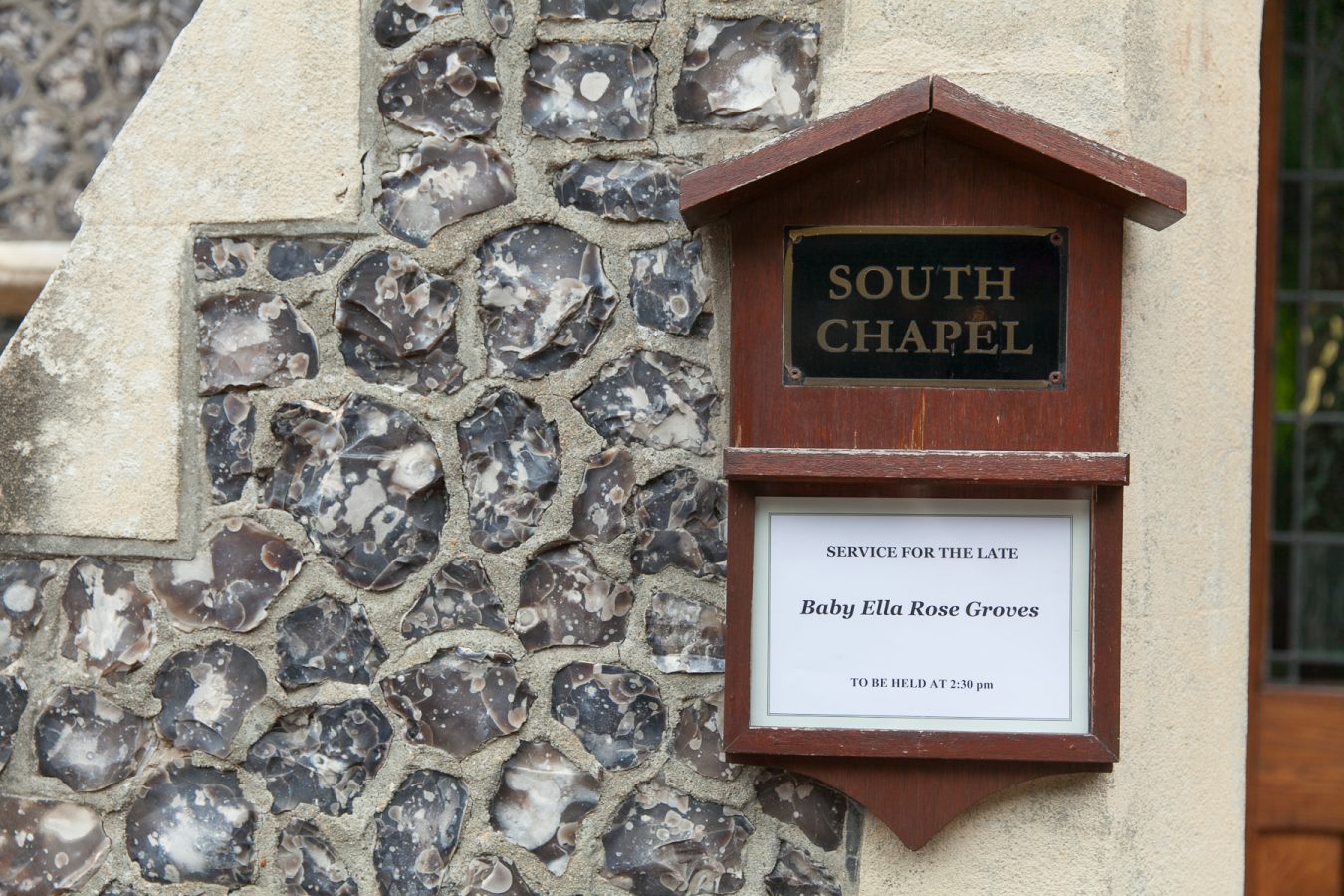 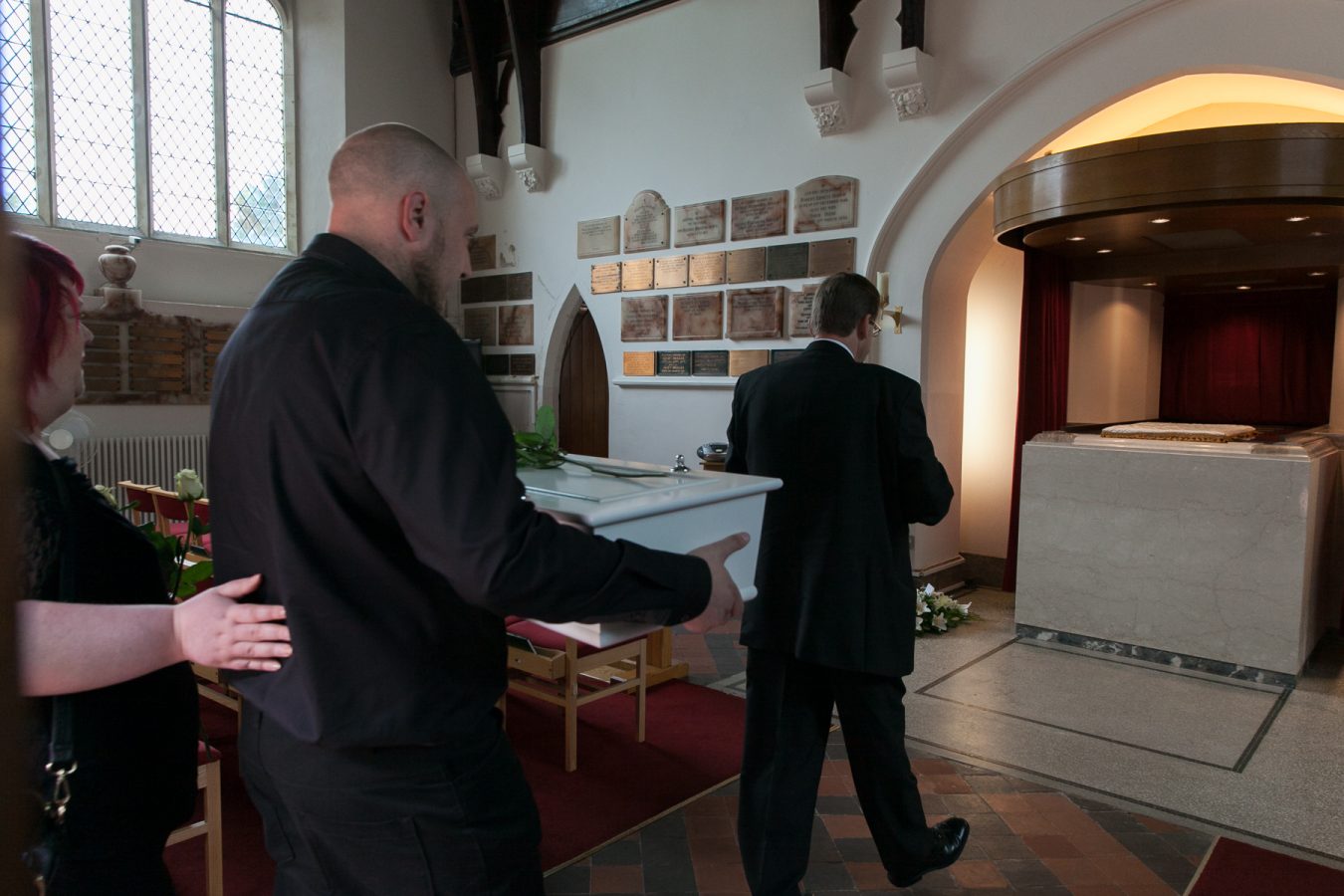 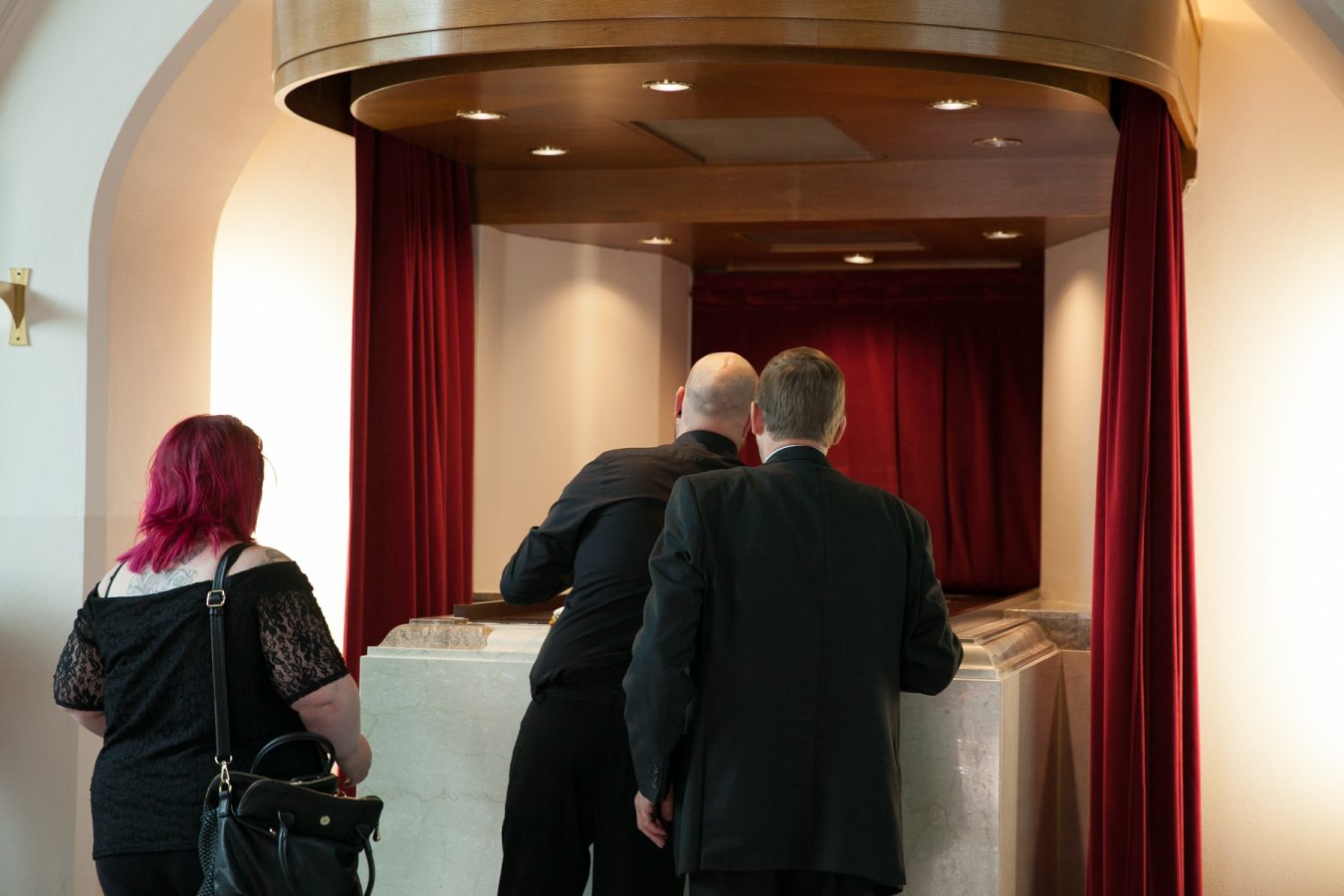 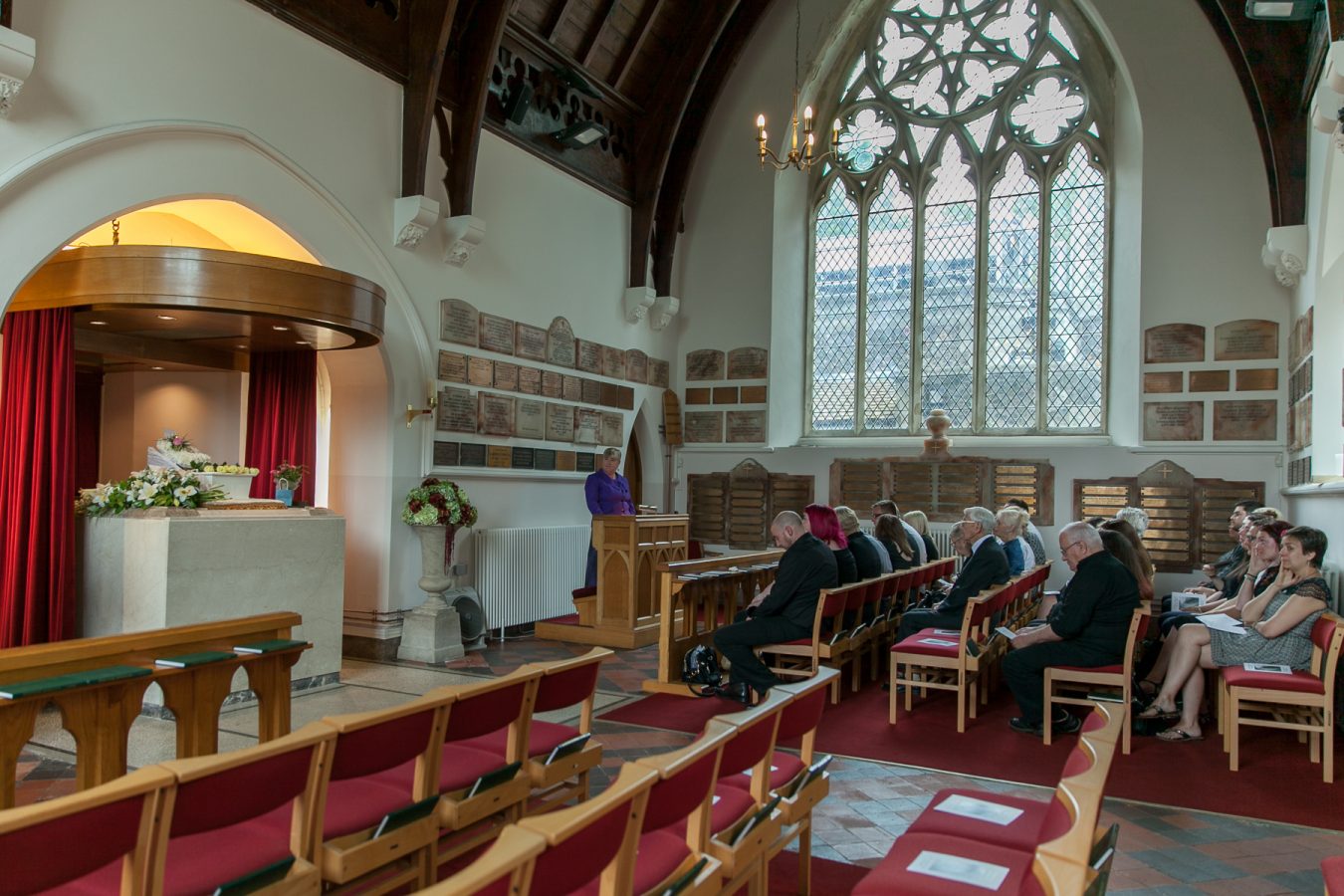 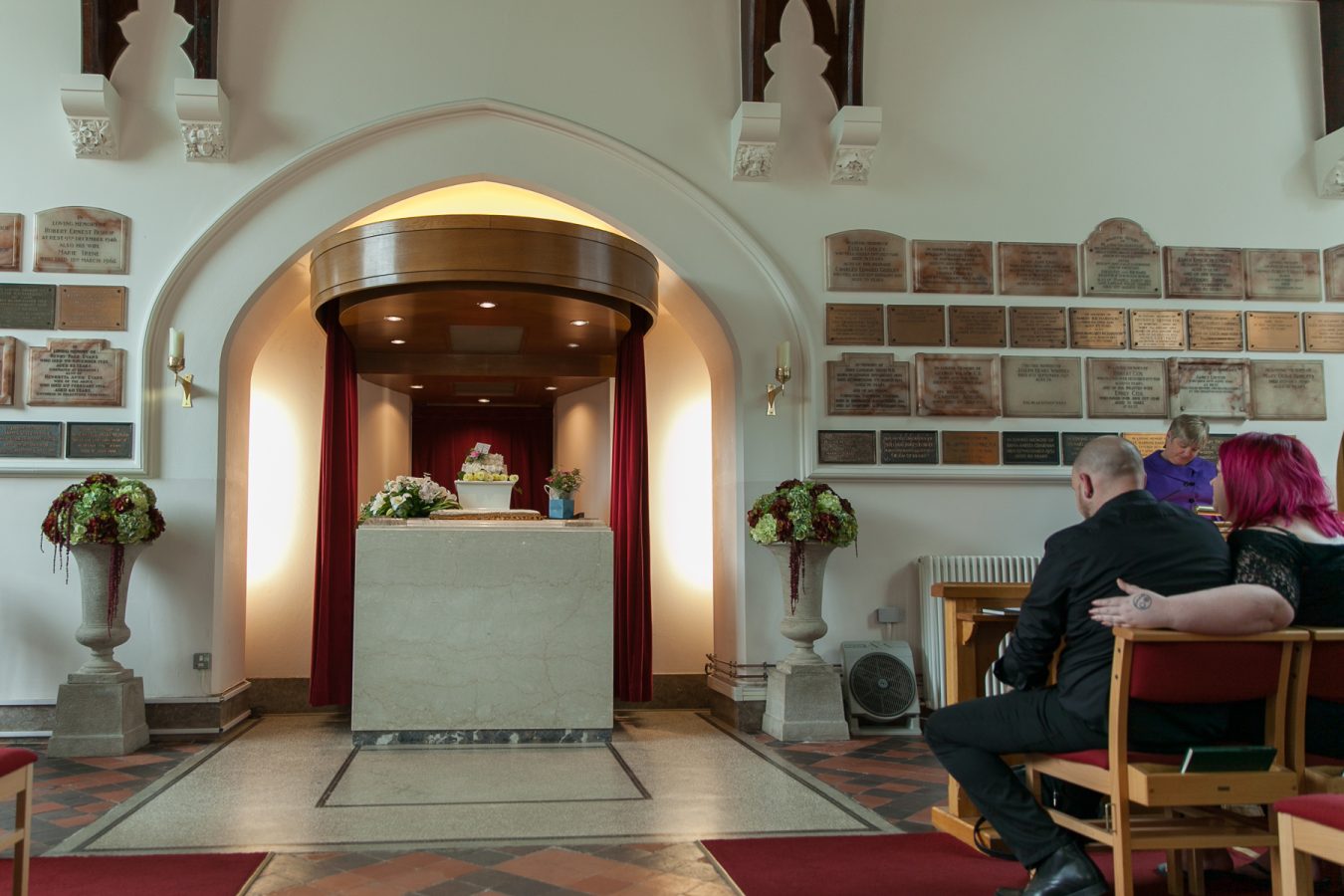 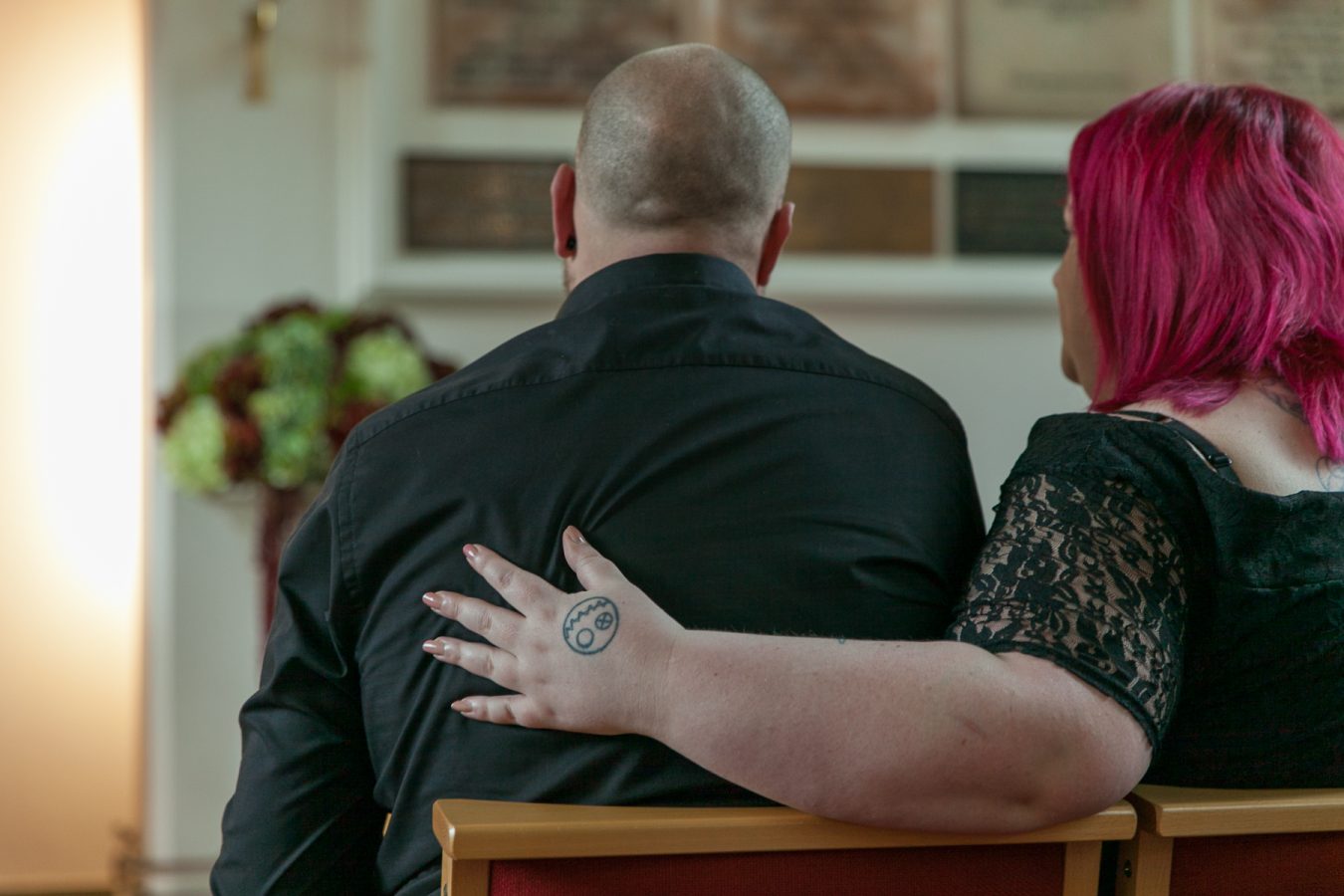 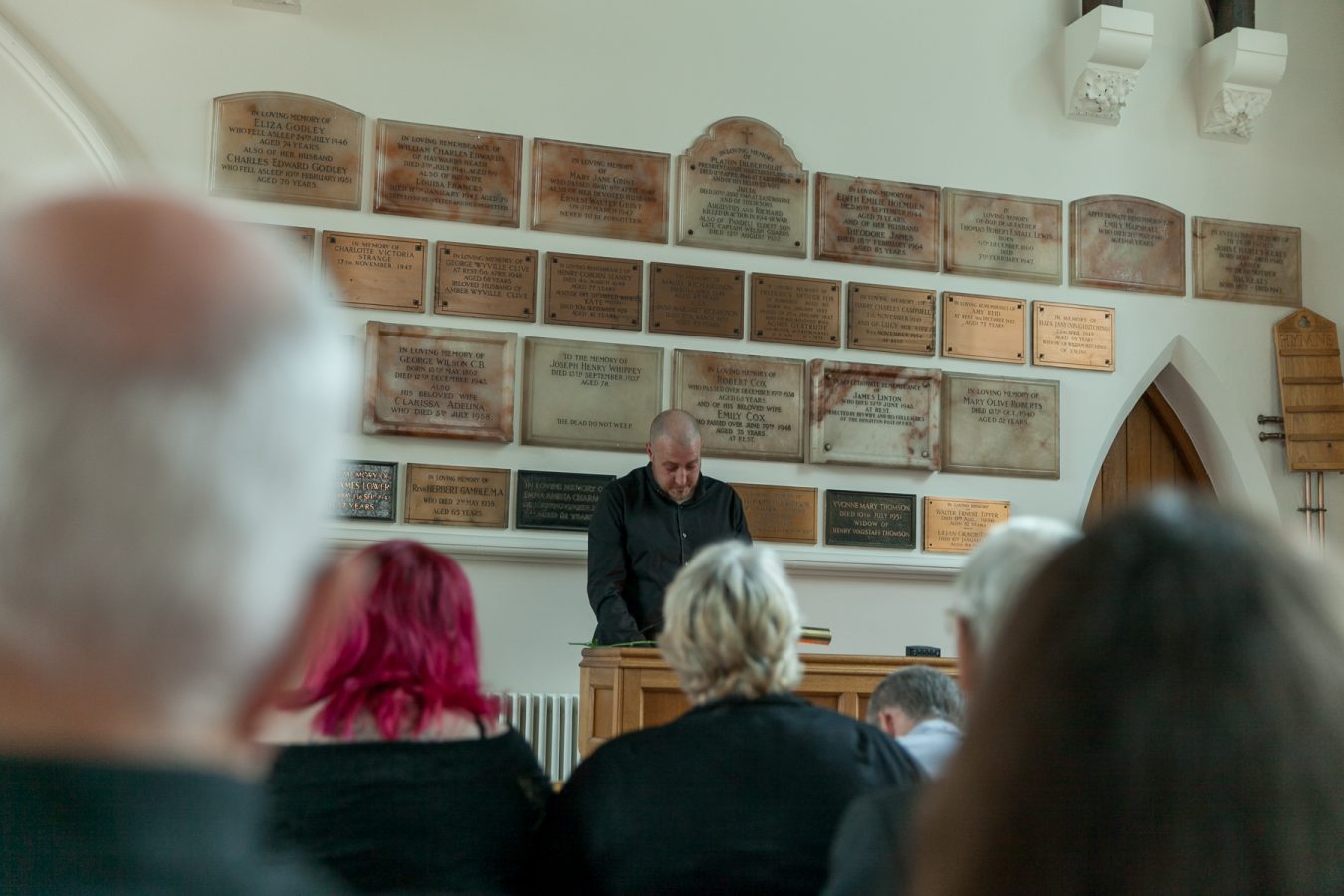 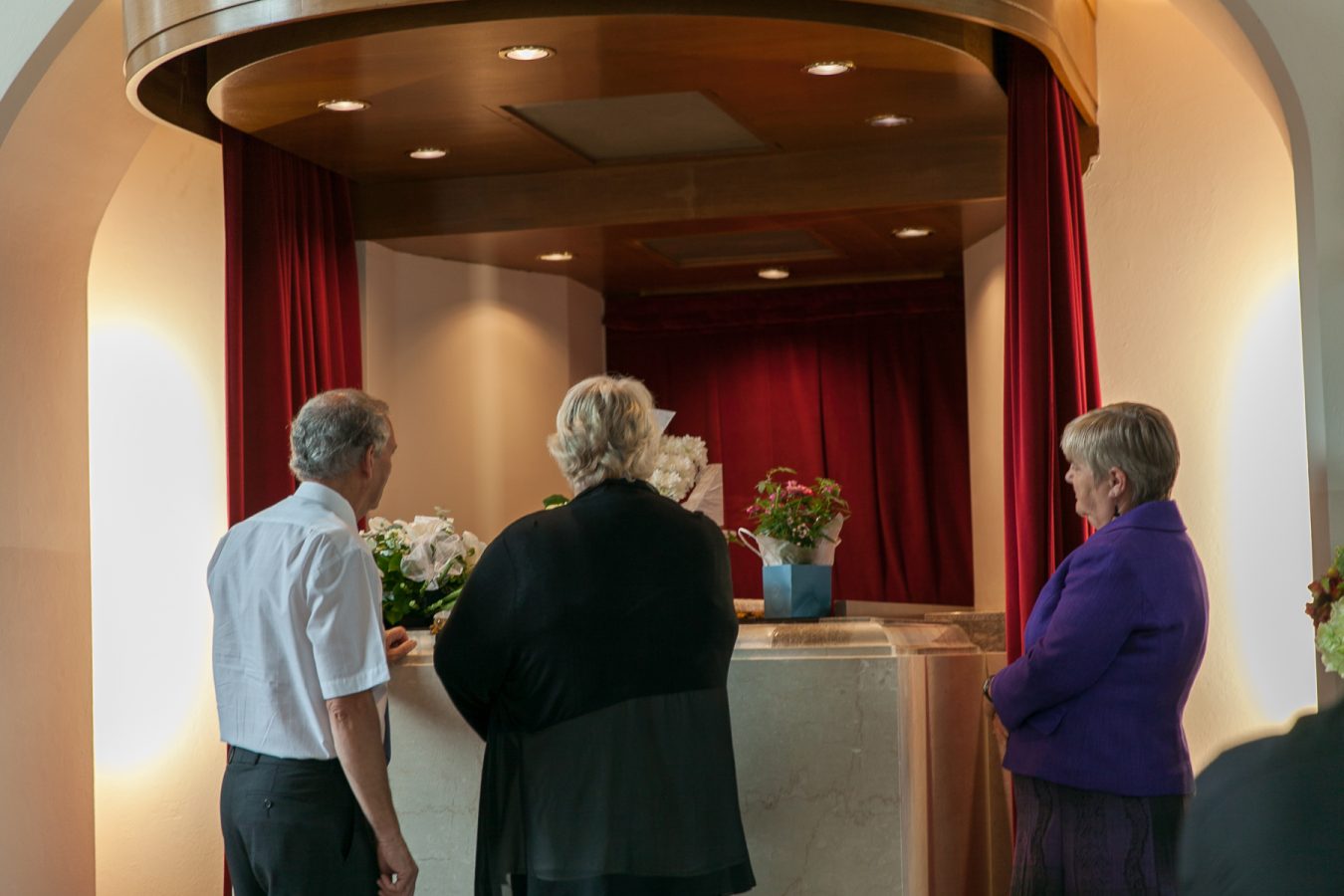 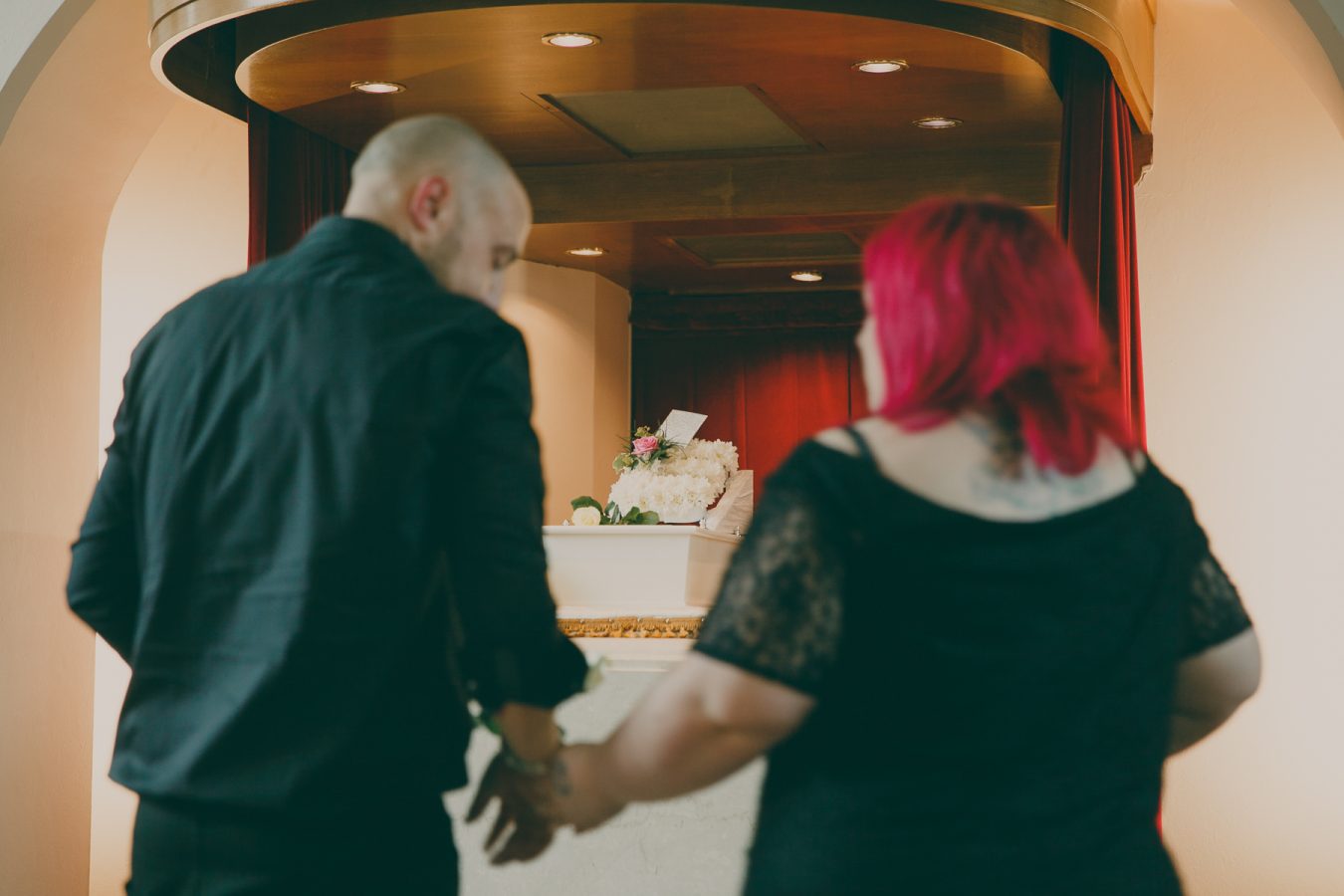 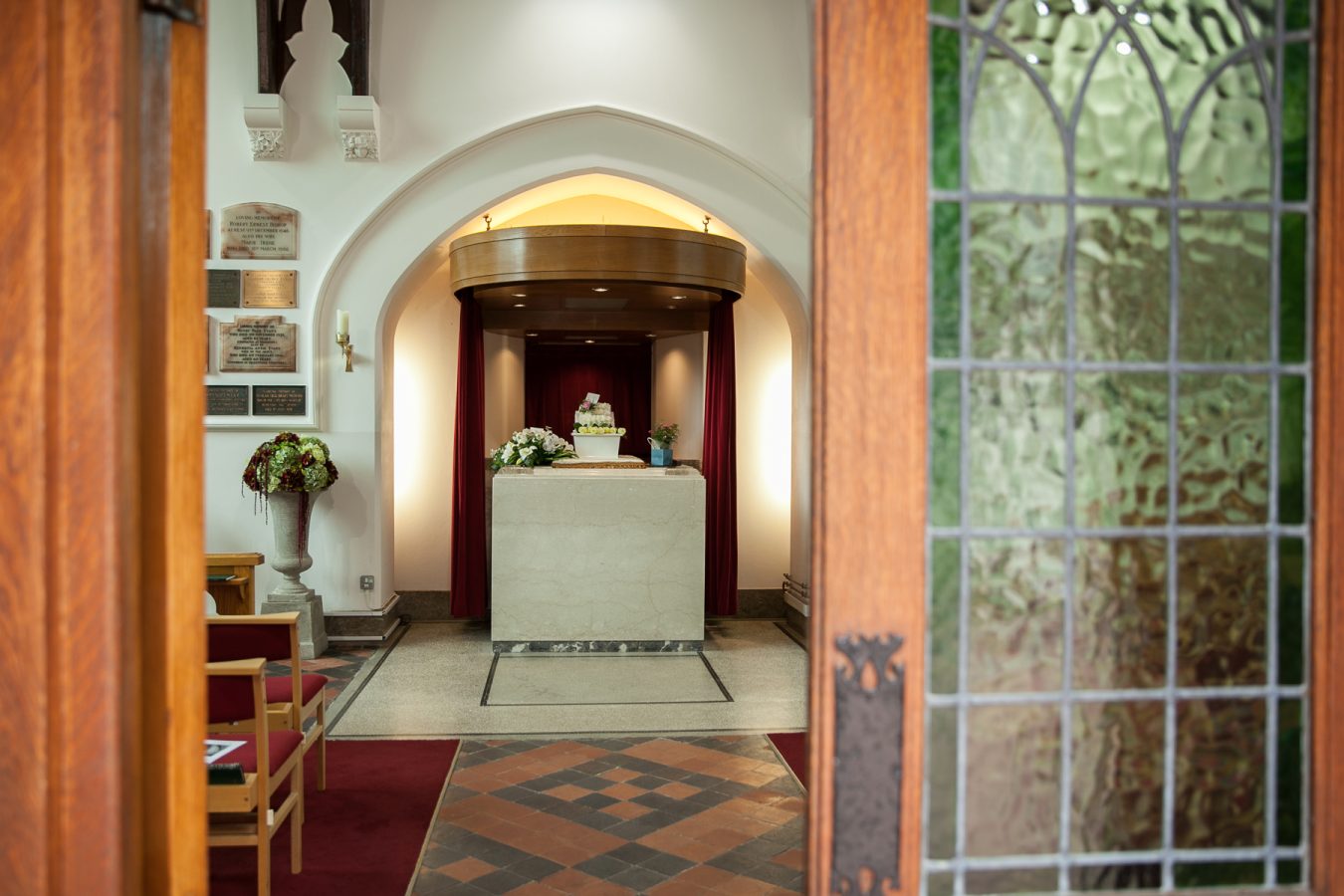 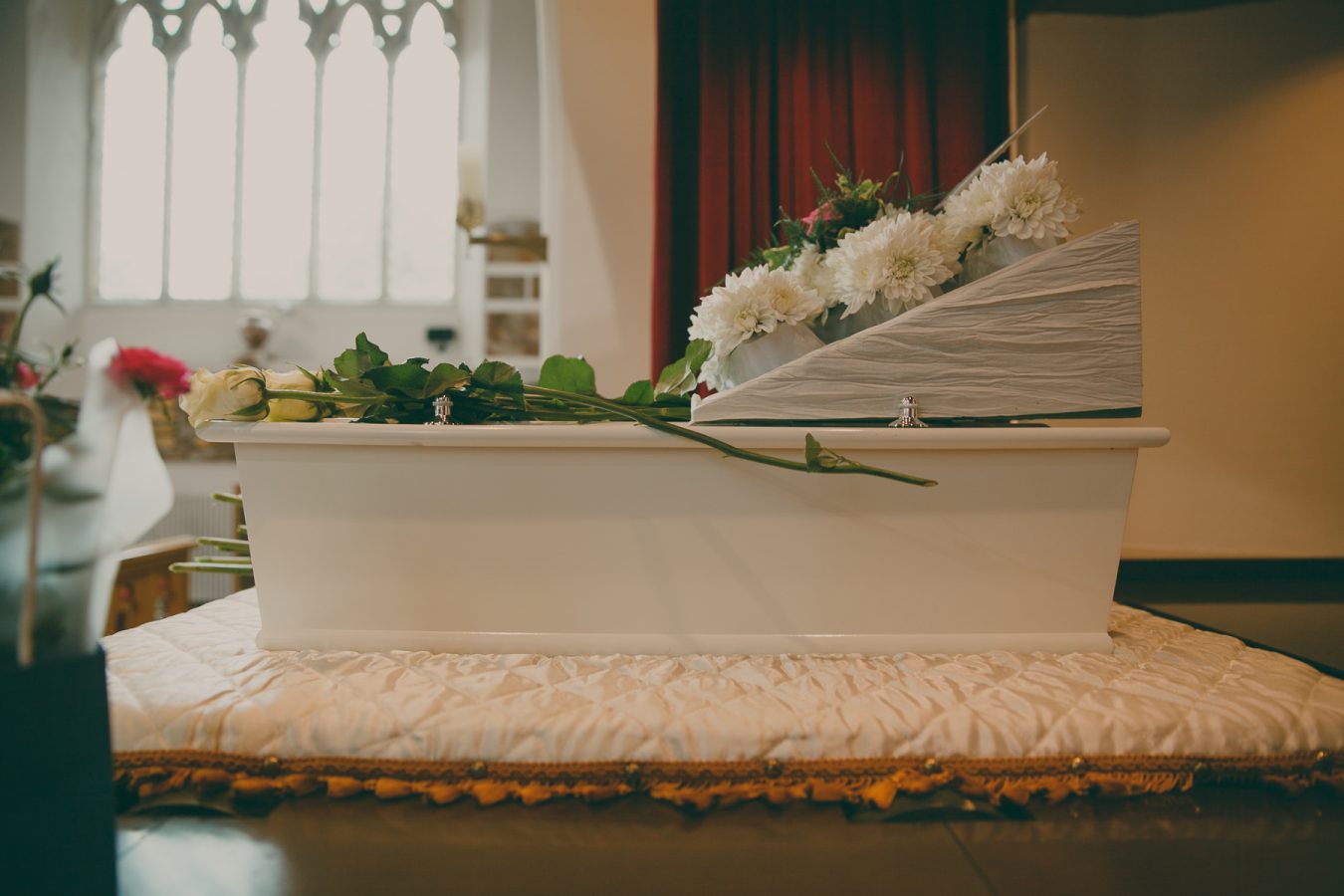 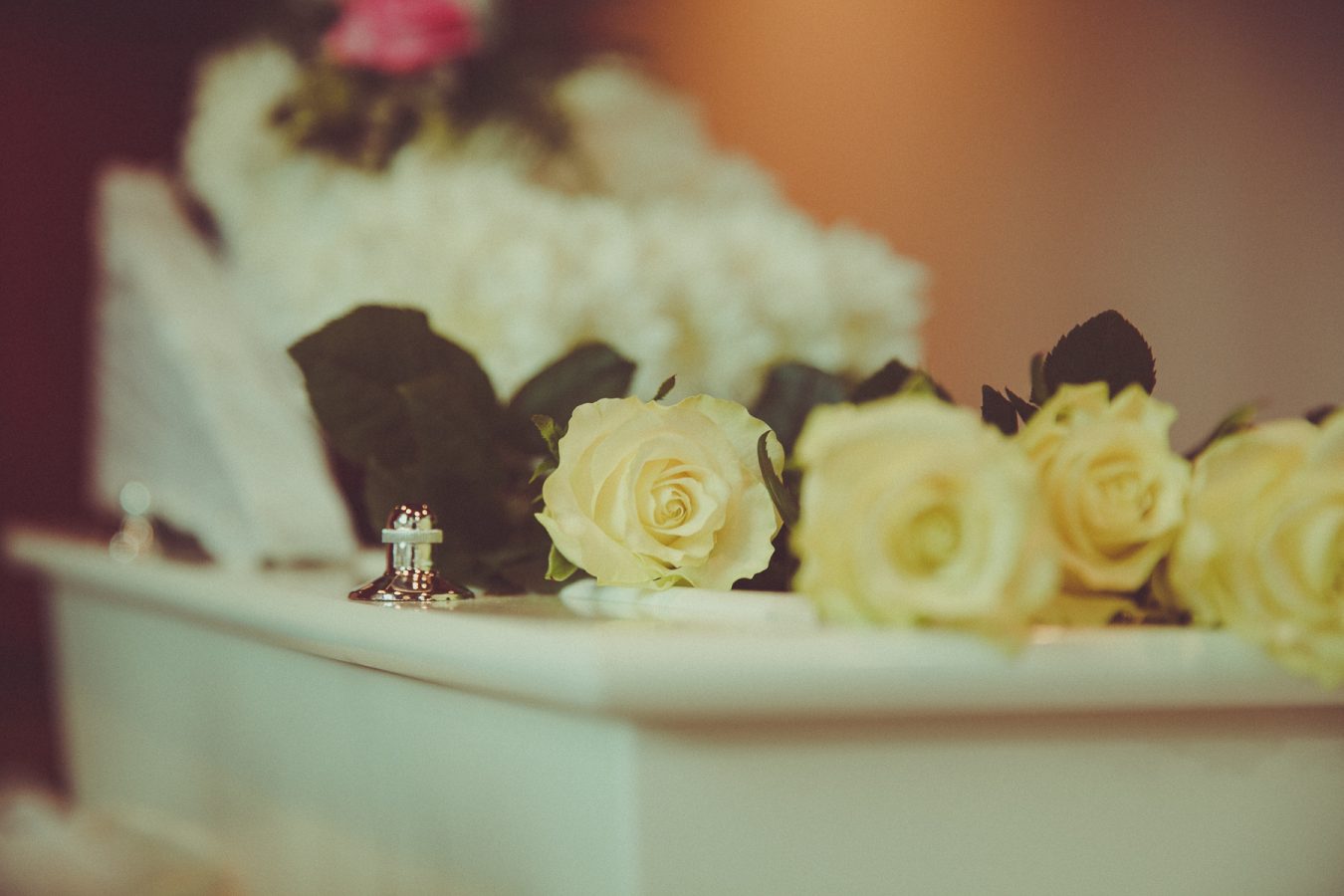 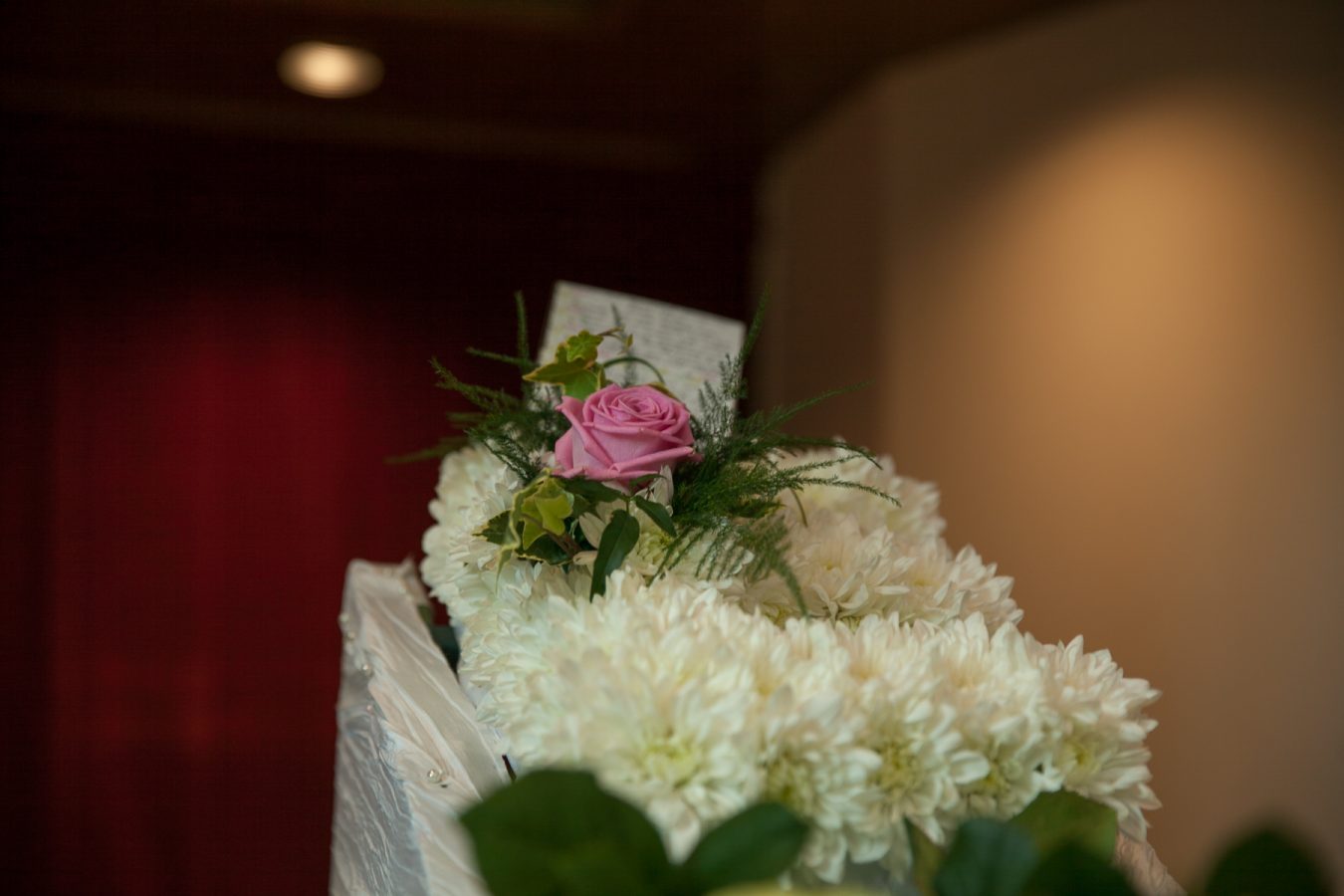 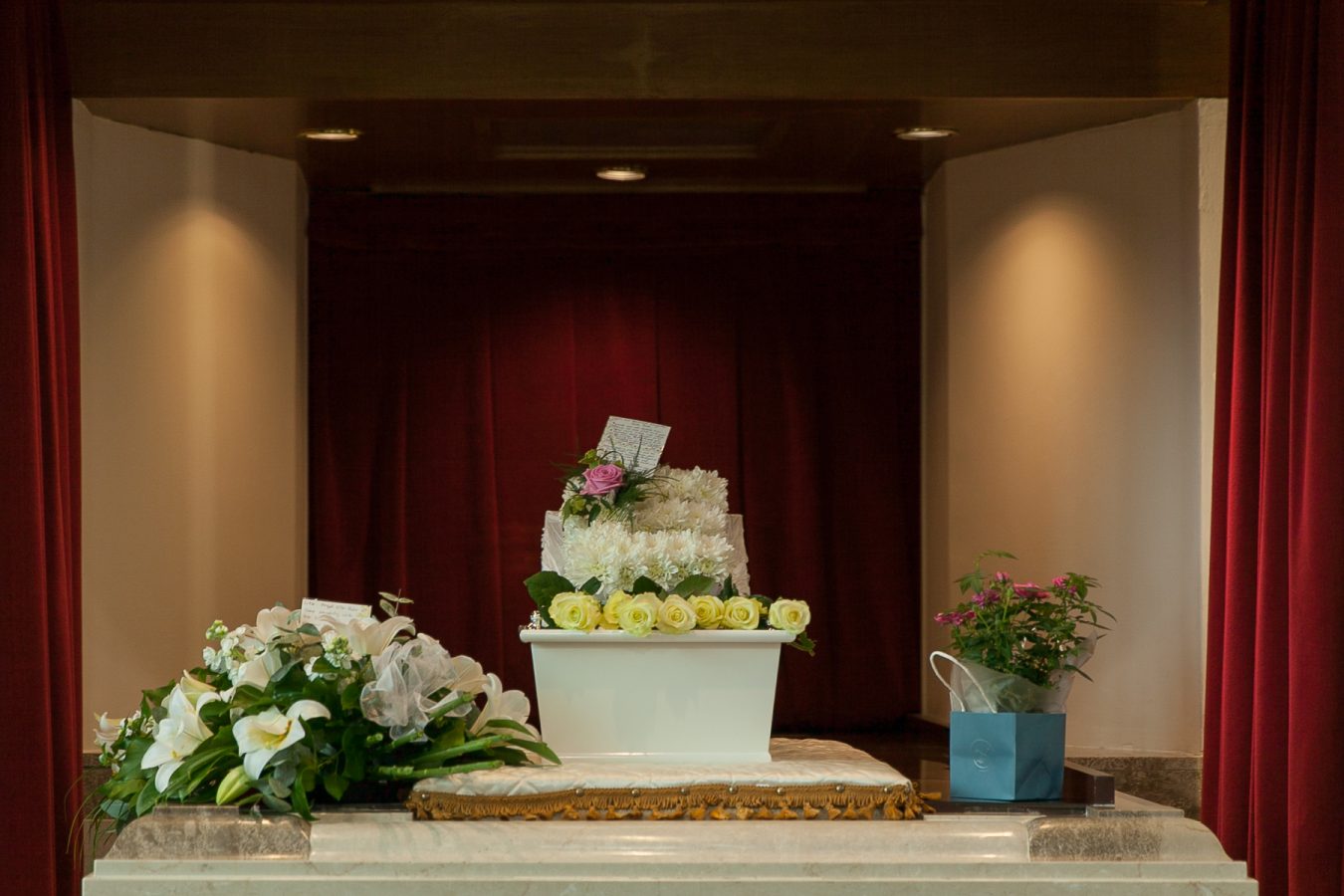 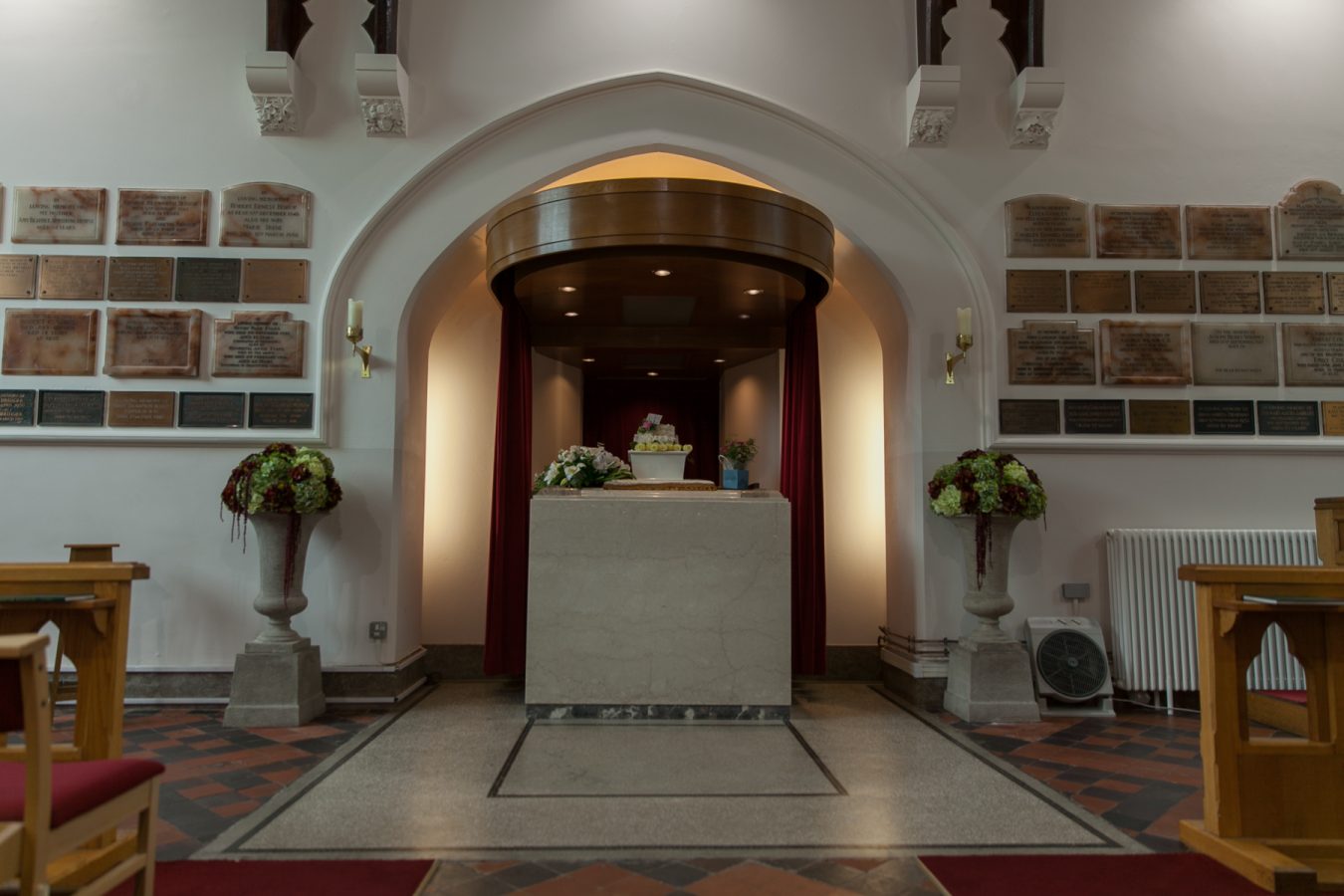 It’s not been an easy road for them since but just in case I’ve broken you, I’m delighted to confirm that their determination and love pulled through and on 13th May 2017 Isabella Iris Field was born into this world at 32 weeks. Mum, Dad & baby Isabella are doing wonderfully. 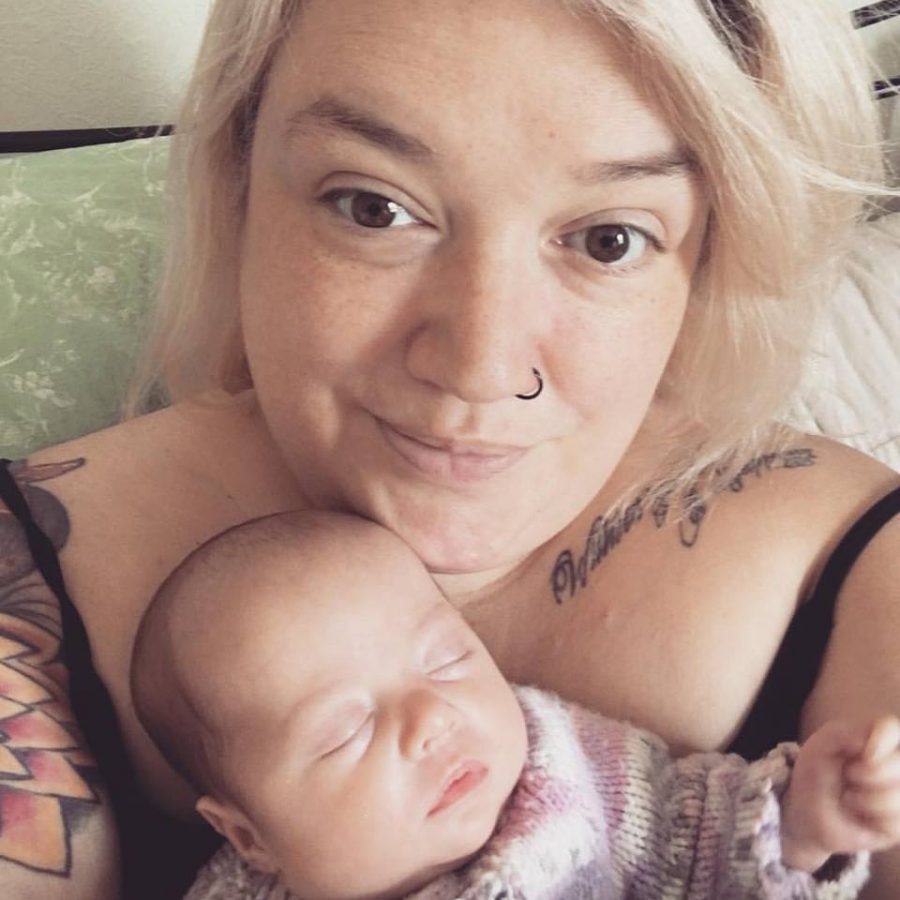 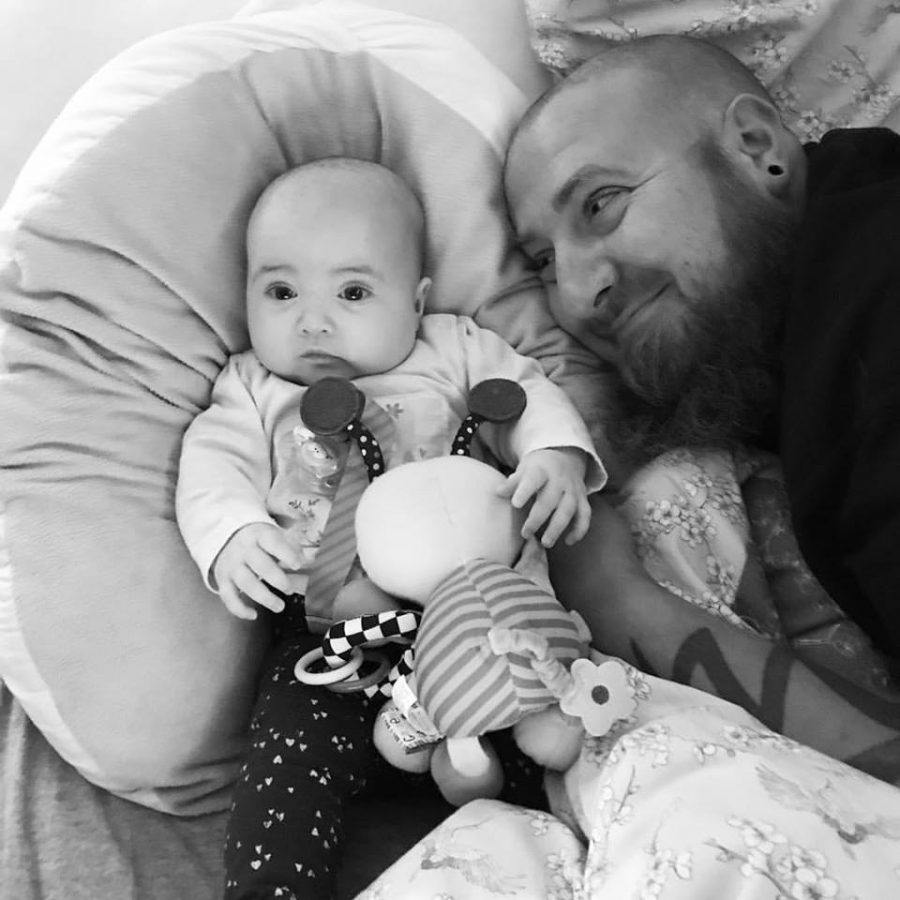 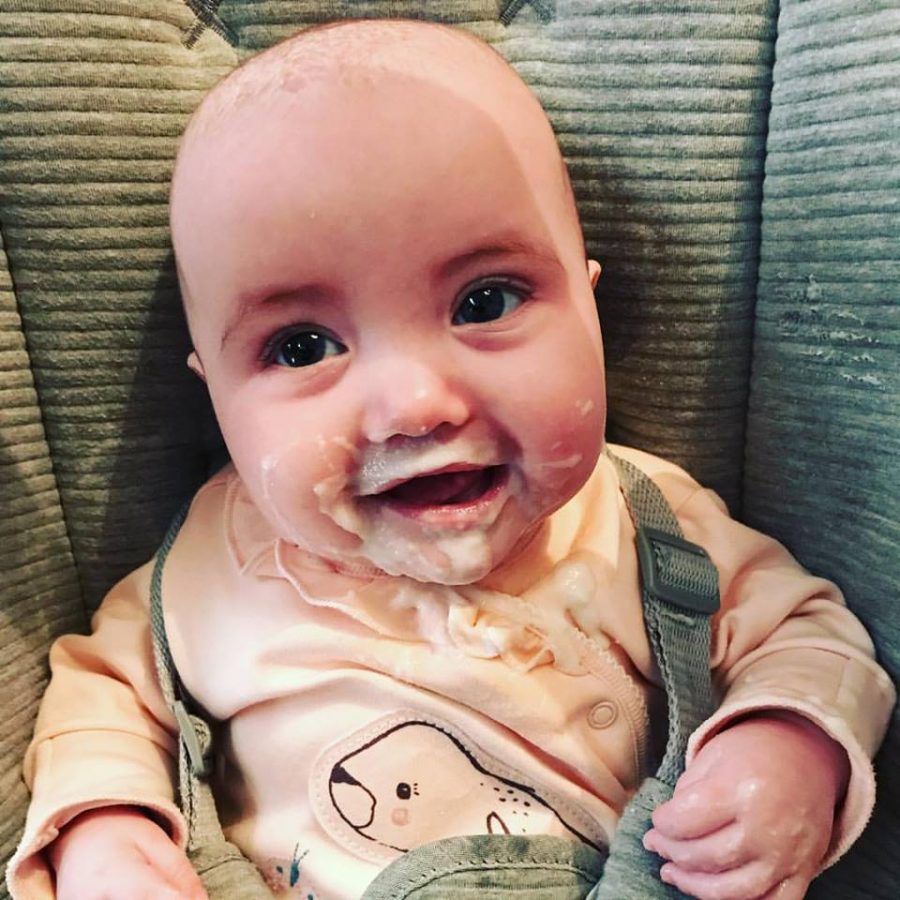 Finally, at the request of Emma, I want to help raise awareness of the charities Sands (which is specific to stillbirth and neonatal loss) and Mama Academy which offers support through pregnancy so babies arrive safely. “The fact is that the death of a baby is not rare. Every day in the UK around 15 babies die before, during or soon after birth. That means every 90 minutes a family is faced with the devastation of the death of their baby. This is unacceptable. So it’s shocking that a lack of dedicated bereavement rooms on maternity wards means mums and dads have nowhere private to spend precious time with their baby before they have to say goodbye.” I didn’t know this, did you? You can donate to Sands here if you’d like to help parents like Emma and Pete deal with their grief appropriately whilst in hospital and have access to much needed support afterwards.

My love and thanks goes to Emma & Pete for allowing me to share this very personal story.

If you would like your story captured in images, please don’t hesitate to get in touch.